There are many reasons to love a 4WD.

Some of them are adventure machines, taking you to the ends of the earth and back, in perfect comfort. Others are the perfect do-it-all vehicle, capable of beach camping expeditions and returning home to mix it with the soccer mums in the school car park.

Then there is Toyota’s 76 Series, the exact opposite of all of that. Yet it remains – somehow – one of the best vehicle’s I’ve ever driven. And, paradoxically, also the worst. 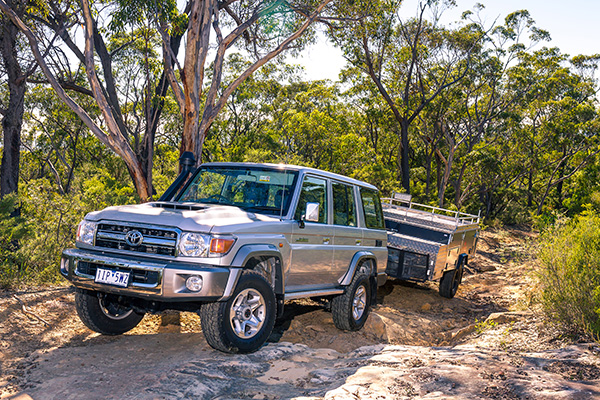 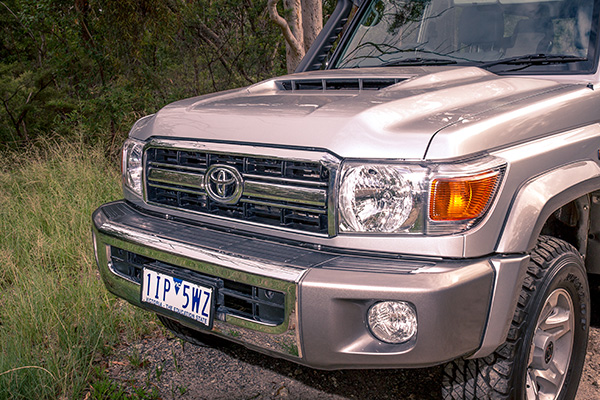 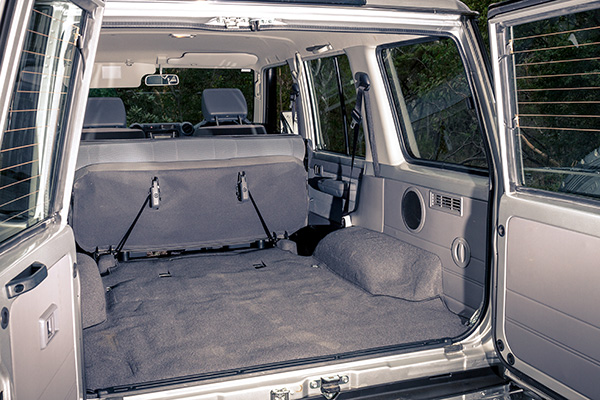 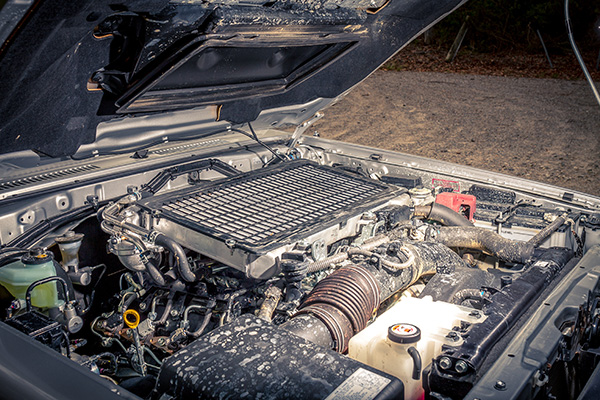 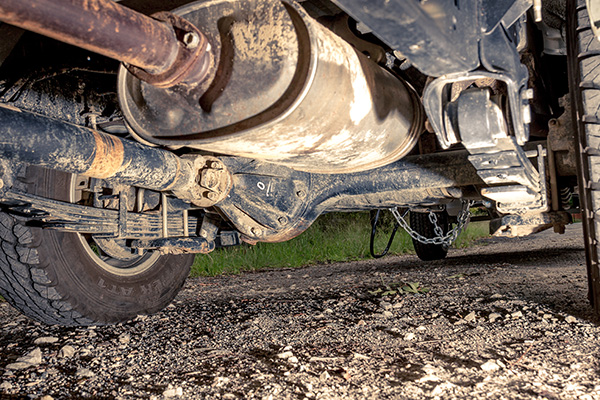 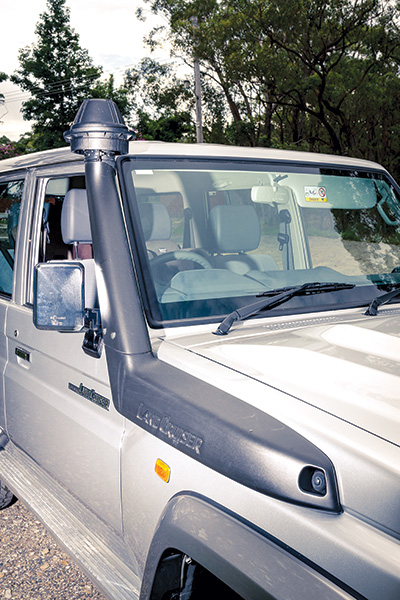 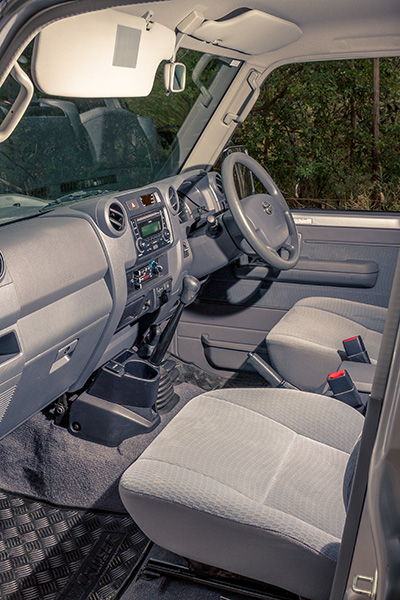 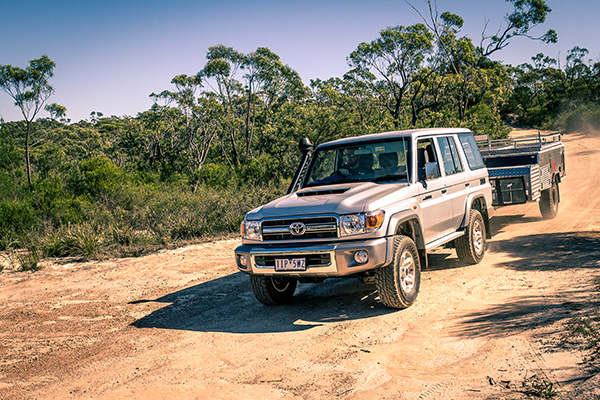 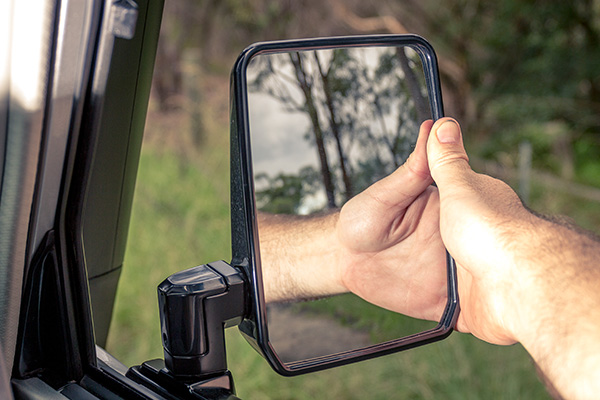 If it sounds like I’m talking in riddles, it’s because the 76 is a riddle in itself:

A seriously capable offroader, with solid axles all round and a diff lock shoe horned into each...

An archaic throwback to the 80s, complete with optional air-conditioning, ashtrays in the rear doors (super handy for those with toddlers who smoke), and a spec list that reads longer than the achievement list of whoever happens to be our Prime Minister by the time you finish reading this.

Yet, despite all that, the 70 Series family of Cruisers and, by extension, the 76 wagon platform have retained a cult following that sees strong sales of a design more than three decades old.

So what’s all the fuss about? And why are so many 4WDers and campers keen to lay down luxury car money for something that feels eerily similar to my 1989 60 Series LandCruiser?

To get to the bottom of it, I took a set of keys from Toyota, hitched up a Cub camper and took to the hills on one of the hottest weekends Sydney has ever seen. Good thing I ticked the optional AC, eh?

The four-door 70 Series wagon was first introduced as the LJ78 in Japan, way back in 1990, although back then, it was powered by a choice of five asthmatic four-cylinders and sported a 75-styled front end.

Yanking open the heavy doors on this modern counterpart, it is immediately obvious Toyota has left good enough alone, with most revisions essentially being bolt-ons to the original design.

A different front end, a new dash, new driveline, and a new price tag. So it’s a 30-year-old 4WD, smartened up with modern safety features. And it is glorious.

Once you’ve heaved yourself high into the captain’s chair, you’re confronted with a surprisingly stark interior.

The front-covered pews are acceptably comfortable with manual adjustments and reasonable lumbar support, but if you were too tall for a starring roll as a hobbit in The Lord of The Rings trilogy, then you’ll probably find all the armrests are well beyond reach.

The controls are easily laid out, without any fumbling trying to find the right switch. Although, word to the wise, don’t go looking for the controls for the power mirrors – it doesn’t have any.

In the back, there’s room for three teenagers or two adults. Legroom may exclude the Harlem Globetrotters from tagging along, but you shouldn’t hear too many complaints from kids.

One immediate drawback is that storage room and power options are essentially nil. There’s nowhere to put your phone, wallet, or keys. The map pockets on the doors are literally just big enough to only hold maps, and if any of your four passengers have the audacity to bring along their own drink, they can hold it on their lap – there’s only one cup-holder and it’s up front for you.

In a clever inclusion, there are three child seat anchor points good to go in the rear, above the barn doors in a position that won’t hamper storage or complicate installing a drawer system.

On the open road, the 76 feels a lot more impressive to drive than it looks. Not that it looks bad by any stretch of the imagination, but driving it feels like you’re in a wild custom creation.

You sit high with a commanding view of the track ahead and row through the gears like a Viking off to war, with the deep rumble of a V8 striking fear into your enemies.

It’s an emotive experience that can’t be summed up in any review, only confirmed with nods and knowing looks from fellow V8 Cruiser owners.

This is a rare vehicle that is somehow more to drive than the sum of its parts, and makes more sense behind the wheel than on paper.

IN THE THICK OF IT

Throwing the stubby lever (yes, it still has one) back into low-range made it immediately clear this is where the 76 is most at home.

There’s an ungodly amount of grunt available as soon as you lift your foot off the clutch, making it near impossible to stall, and it’d easily accept larger tyres with sufficient gearing left over.

In the updated model, the front manually-locking hubs have been replaced with auto-locking units, so if you forget to chuck them in before piling into a mud-hole, you don’t need to go digging to engage 4WD.

There’s no fancy traction control or ‘offroad modes’ to concern yourself with either – just high-two, high-four, and low-four.

In the highly-specced (and I use that term very loosely) GXL, front and rear locking differentials are available with twist dial controls on the dash.

These twin lockers ensure that even if you lift a wheel or two, you’ll still have drive, so long as your tyres can grip.

Quite handy, as the 76 has roughly the articulation of a 1977 Lada Niva, although arguably the Lada has better ride quality.

Throughout our test track, the Cruiser would easily lift a wheel whenever the situation called for more than a few inches of articulation.

It still handled confidently, although with a tendency to tip up and down as weight shifted, so we needed to carefully plan lines to minimise panel damage.

The basic underpinnings of the 76 are incredibly capable. If you were pinned in fourth gear low-range making your way across salt pans and red dirt dunes you’d likely never notice a single shortfall.

But if you find yourself in steep terrain or off-camber situations regularly, the Cruiser’s tippy nature is worth being aware of.

A more compliant aftermarket suspension system with wider offset wheels would be a must for any tough wheeling.

One of the joys of testing vehicles is never having any idea how different dash setups might function.

It’s a constant struggle figuring out which way the windscreen wiper stalks work, how to put the air-conditioning on, and how to select the best mode and gear for offroad use. But the 76 didn’t pose any such problems. I’d love to say it’s because things were neatly laid out with an intuitive design, but that’d be near on impossible – there just isn’t anything to lay out. Sure, it has cruise control, but no fancy stuff like adaptive cruise or any sort of trailer related business – it’s a steering column-mounted stalk, much the same as found in 20-year-old 80 Series Cruisers.

Likewise, there’s no weird and wonderful controls to turn various safety features on and off. Those duties are taken care of with the middle pedal. Climate control is taken care of by turning the air-conditioning up if you’re hot, or down if you’re cold. Likewise, ‘offroad mode’ refers to whether you might have shifted the transfer case into low-range or high-range.

It’s easy to get used to, because there’s roughly three controls for the entire vehicle.

Maybe I’m overstating the simplicity. The stereo does take Bluetooth input, and there is a single 12V power outlet up front for running GPS units or charging devices, or two if you remove the cigarette lighter. For some that’s one step above that Lada Niva but others will see it as a return to the Australian wilderness, away from your LCD display’s manual, navigating parallel-park-assist.

BUT DOES IT TOW?

When it comes to serious towing duties, it’s hard not to compare the 76 Series against its bigger brother, the LC200.

The former has 500kg less weight to throw around, one less turbo, one-third less torque, a significantly higher centre of gravity and a clutch to consider. But, like shorter angrier brothers everywhere, the 76 simply doesn’t care and punches well above its weight.

While the single turbo arrangement (due in part to the narrow, 30-year-old chassis) does provide significantly less power than the 200’s twin turbo arrangement, it’s available from as little as 1200rpm. As soon as you ease off the clutch, it’s making more than enough power to forget you’re towing anything behind you at all.

Even with the trailer hitched up, there’s plenty of mumbo for overtaking at highway speeds and the bark of eight cylinders screaming through the exhaust can easily surprise hot hatches at the lights, especially when they see a trailer hauling past them as well. Like I said, glorious...

Keeping to a theme, there’s a distinct lack of gadgets to aid with towing, so don’t expect things like crash mitigation or trailer-sway control. But the mirrors are large and the brakes are adequate, if the trailer is holding up its end of the bargain.

One thing worth mentioning is that although these clutches are renowned for giving up the ghost, with even minor power upgrades, we noticed no slipping through our testing. But extended towing could see it in for an early replacement.

Offroad, the 76 shows no signs of quitting.

The instant drive available with a manual gearbox and torque right off idle means the trailer can quickly be brought back into line with a jab of the loud pedal, something very few other offroaders can boast.

Despite feeling like a distant relative to the Sherman tank, the 76 has a surprisingly compact rear overhang, helping to stop the drawbar of your camper ploughing through the dirt on mild washouts, although we did give it a try.

Like I said, the 76 is the worst vehicle I’ve ever loved and I can’t think of a better way to put it. It’s brash, uncomfortable, rides rough and constantly left a smile on my face every time I jumped in. It brought back memories of driving old 4WDs to the beach, windows down ready for a night in a swag.

Although, this time the air-conditioning worked, and so did the brakes. I also knew if I crashed, I’d have half a chance of surviving (alright maybe a quarter-chance).

The range of 70 Series Cruisers is often touted as overpriced, and yeah, it’s expensive and feels like it should be cheaper. But in reality, if you went looking elsewhere, the closest competitor is Mercedes’ G Class, at three times the price.

So, if you can only have one vehicle, and you hate your wife and kids, the 76 is a great option.

For everyone else, it’s suited as a second vehicle – something you can leave loaded to the hilt to jump in at a moment’s notice for a 12-month jaunt around the nation, then use something else for the grocery store run.

Some 4WDs lend themselves perfectly to doing double duties, but the 76 just isn’t one of them. But for what it is, it’s brilliant.