Towing a camper trailer requires a unique set of attributes from a tow rig. A balance of qualities you won’t find in literally any other situation. Sure, camper trailers are usually lighter than caravans, but it’s not too often you’ll find a caravan being skull-dragged across dune after dune through the Simpson Desert. You’ll also probably never come across a caravan being negotiated through winding switch-backs up a gravel covered mountain pass, not unless the driver is on the wrong side of sanity.

A camper trailer tow rig isn’t really comparable to an everyday 4WD either. A short wheelbase, solid axle rig might work wonders articulating through snotty rutted tracks, but hitch 1.5t on to the back and ask it to drive a 5000km round trip and it soon all falls apart. Yep, camper trailer tow-rigs are unique beasts and need to be looked at like basically nothing else is.

With that in mind, we jumped on the blower to some of the bigger (and not so big) vehicle manufacturers and we’re grabbing a set of keys to just about every kind of 4WD you can imagine to put them through their paces, not only in the rough stuff but also on the wide stretches of blacktop to give you, our CTA readers, an insight into their abilities as camper trailer tow tugs. 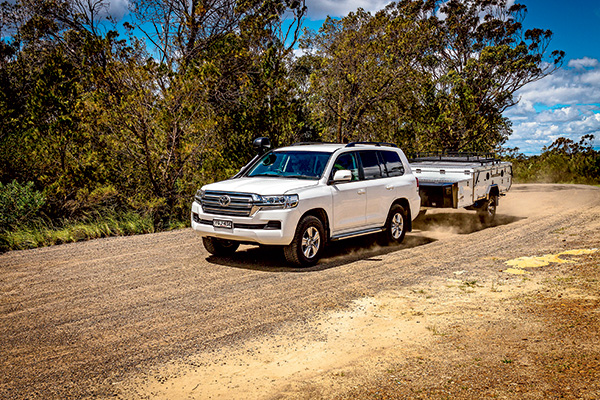 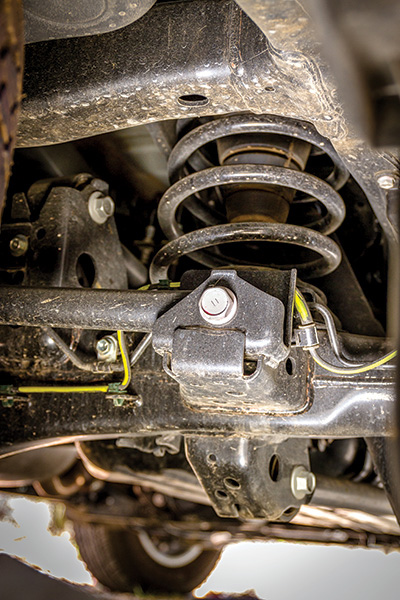 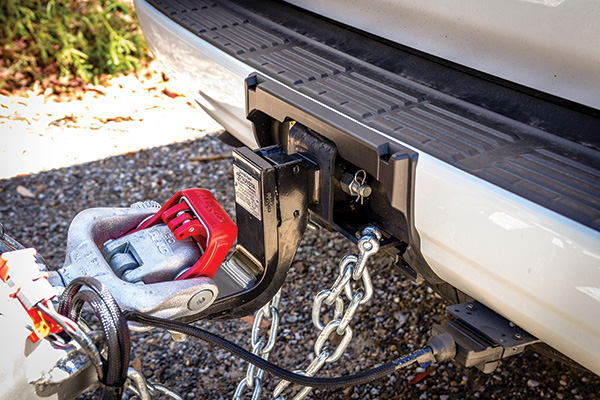 To kick things off we hitched up Blue Tongue’s Overland XD twin-fold to the back of Toyota’s 200 Series twin-turbodiesel LandCruiser GXL and put it through its paces both on and offroad with a 1500km loop through winding valleys and rocky sandstone climbs.

So is LandCruiser still the king of the hill, or have other makes and models finally caught up? There’s only one way to tell for sure...

Slotting in behind the large tiller of the Cruiser, it instantly felt comfortable, not just on the backside either. It’s very traditional in a way. The gear shifter is where you’d expect it to be, the gauges look how you expect them to look and all the stalks and controls are right where you want them. The only jarring thing was the push button start. You didn’t need to fumble with keys to unlock or start the vehicle but switching to accessories did take some getting used to.

It’s a true eight-seater, too, with twin buckets up front, three across the middle bench, and another three on the third row fold-up bench. The front five seats are big enough to handle men who like their meat pies but the third row is definitely optimistic with three seatbelts. With the third row seats in place, boot space is effectively nil, but in their up position, the storage area is cavernous.

With the trailer unhitched and doing daily duties, the LC200 effectively drove like an over-inflated Prado. It’s big, real big, making precision manoeuvring through tight car parks interesting but on the road it handles better than expected and packs more than enough punch to keep up with traffic.

Love them or hate them, there’s a lot to be said about the level of comfort that electronic aids add to an offroad adventure. The old adage of ‘more things to go wrong’ has been proven incorrect time and time again, especially when you consider how incredibly complex modern engines are anyway. That said, the GXL I tested is, disappointingly, best described as lacking on the tech front.

There’s a distinct lack of gear like adaptive cruise control, lane departure warnings, blind spot sensors, crash mitigation and even parking sensors, although all are available in higher spec (and more expensive) options. Like the base model GX, the GXL comes standard with traction control, multi-terrain anti-lock braking system as well as Toyota’s Crawl Control. It also adds a reversing camera and in-dash satellite navigation with Bluetooth connectivity. That said, the in-dash stereo is fiddly at best, difficult to see when the sun hits it, and essentially shuts down for any inputs when the vehicle is moving.

There’s a single 12V outlet in the back of the centre console for passengers to fight over and a 220V outlet in the rear, although running a fridge would require aftermarket wiring. The GXL has dual-zone climate control for front passengers with rear passengers getting their own outlets channelled through the roof.

When it comes to offroad credentials, few will stack up like a LandCruiser. The current generation might appear soft with its independent front suspension and large body but it’s still surprisingly capable. It’s full-time 4WD with no manual locking hubs to worry about, so transitioning from high speed bitumen on to fire trails requires literally no input from the driver. If the going gets tough, a centre diff lock button locks both front and rear axles together, although with an absence of cross axle diff locks at either end, a lot of the equation is left up to electronic aids.

Toyota’s Crawl Control takes some of the guess-work out of tricky ascents and descents where you’d rather focus on the precise steering input rather than juggling the brake and accelerator to maintain speed. There’s three selectable speeds you can choose from, depending on the steepness of the terrain. Turn Assist is also available to help tighten up the turning circle by locking the inside rear wheel, something that seriously comes in handy towing down tighter tracks. Like most LandCruisers, I found the 200 to essentially be point and shoot, incredibly capable but it did make things a little boring. Any track that would challenge it offroad is the exact kind of track you wouldn’t want to punt close to $100K worth of car down.

It’s not all sunshine and roses, though; the GXL misses out on factory diff locks front and rear as well as the KDSS suspension system from other models that allows more wheel articulation and less body roll. Arguably, the traction control does make up for both. If you’re aiming to fit 37s and go rock crawling, there are better options but, with reasonable size tyres and a camper in tow, the 200 Series LandCruiser is more than capable enough to tow it anywhere you’d want to take it.

When it comes to tow vehicles, compromise is the name of the game. What works perfectly in one situation can hold you back in others, the only real non-negotiable is how it actually tows. On that front, the 200 Series LandCruiser is an absolute beast. It’s basically the most powerful 4WD you can buy before stepping up into the Yank tanks and it shows – both on and offroad. Acceleration is effortless with or without a trailer, in many circumstances the only way to tell you’re towing is by an increased induction noise emanating from the snorkel head. While it does drive like a diesel still, throttle response isn’t too bad making for an entertaining drive through winding mountain passes. In one stage of our loop, slower tow vehicles had to pull over to let faster traffic through, while we were able to stick with the pack without too much effort.

Offroad, the sheer weight of the 200 had the trailer always falling into line, never even coming close to manhandling the tow-rig around despite taking on some steep and off-camber tracks I’d rather not tell Toyota we drove. The huge brakes meant even if the trailer suffered complete brake failure, the Cruiser could easily pull it to a stop, and with the towball’s 350kg rating camper selection isn’t exactly limited. Putting it bluntly, the 200 just didn’t seem to notice or care the camper was there.

Toyota’s LandCruiser has been the go-to 4WD for serious offroad work for the better part of a century now. The earlier models were capable because of their simplicity, whereas the 200 is at the opposite end of the spectrum. It’s still every bit as capable offroad, thanks to a lot of smart technology and does it in a way that doesn’t compromise its on-road performance. It’s the kind of rig you can load up with camping gear, hitch a 1.5t camper on the back of and drive from Melbourne to the Old Tele’ Track without a care in the world.

It does have its drawbacks in terms of its sheer bulk and lack of tech that should be standard at this price point, but if you had the keys to a 200 Series LandCruiser and the trailer of your choice on the back, you’d be hard pressed to ever wipe the smile off your face.

Check out the full review in issue #109 of Camper Trailer Australia magazine. Subscribe today for all the latest camper trailer news, reviews and travel inspiration.