From a background of insular village living to a lifestyle of roaming Australia in pursuit of experience, Kath recounts how she defied the odds.

I spent the first eight years of my life living in Scotland in a hamlet on the outskirts of a regional centre. We were lucky enough to have uninterrupted views across the local farmer’s field towards the spectacular Scottish Highlands. So weekend trips would see us exploring the glens and lochs in the vicinity. The undulating and mountainous terrain, as well as the many narrow roads, tended to defeat any ambitious plans to cover distance. So we inevitably took an approach to the landscape that was focussed in our local area. In so doing, we were unwittingly taking the same approach that my ancestors had taken for hundreds and hundreds of years.

While I shouldn’t be surprised, the reality of just how little distance my forebears travelled was brought home to me recently. Last Christmas, ‘Santa’ filled the stockings of my little family unit with DNA kits of the type that are widely advertised to people wanting to trace their family history. While my husband’s lineage had taken off across European boundaries to far-flung lands, my results were quite different. For over 600 years, my relatives lived in one of two small counties in England. And within these two counties, they generally lived within a 50km radius of one another. Indeed my people are so closely tied to these two locations that the geographic concentration of genetics shows up in the DNA results!

Interesting as this all is, it’s also left me a little unsettled. After all, since 1978, I’ve called Australia home. And, from what I can tell, this migration is one of very few instances in which my relatives have uprooted from their traditional homelands. Furthermore, I now live in a country where long distance travel is both ordinary and necessary. Indeed, since our arrival, I’ve spent a lifetime seeking opportunities to get off the beaten track and traversing some of the world’s most sparsely populated terrain. These days, it’s not unusual for us to cover over 1,500 kilometres over a few short days simply to catch up with mates. And travelling distances of over 6,000km on a four-week outing is par for the course. Indeed we relish opportunities to reach those places that most city-dwellers have either never heard of, or have only seen on television. 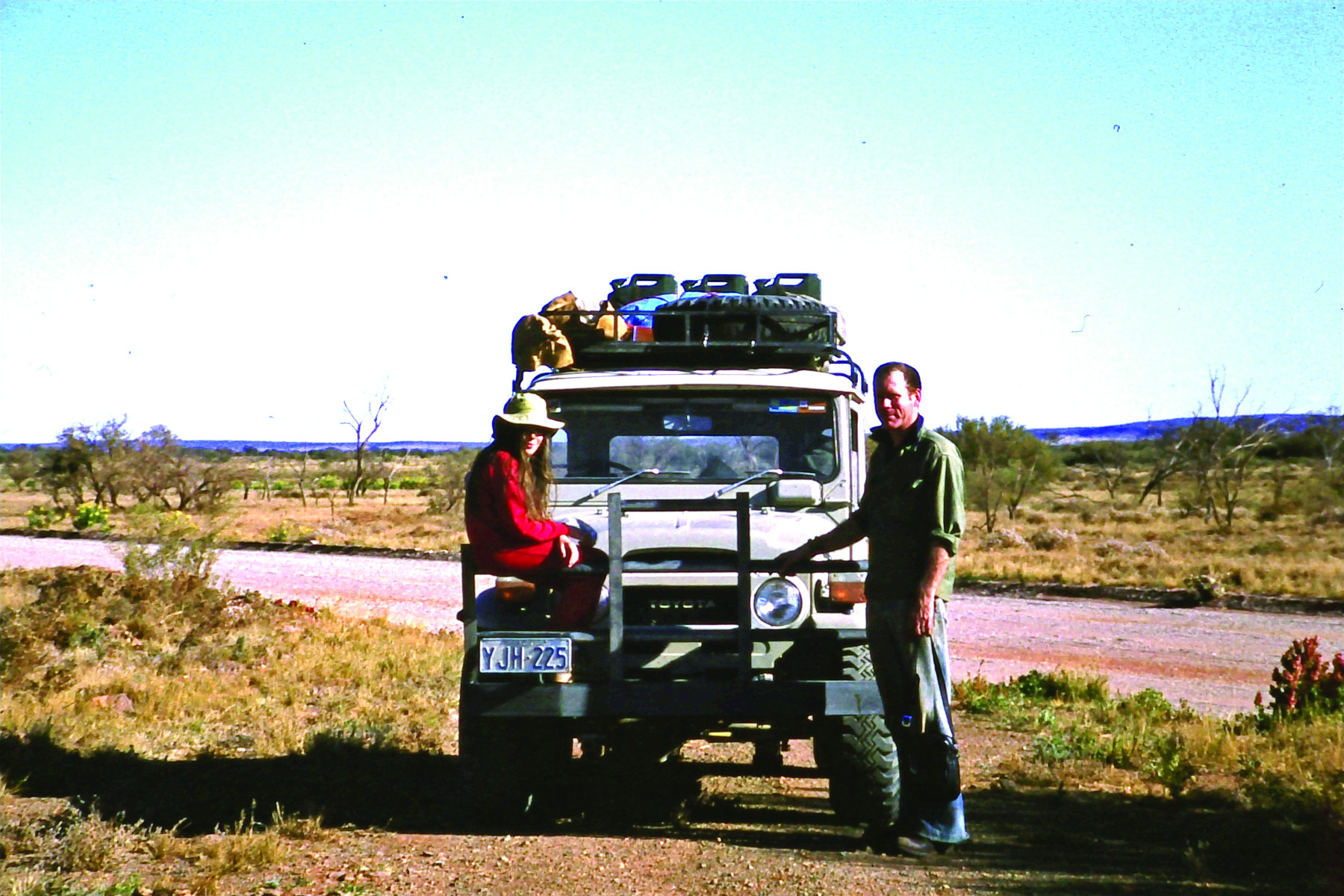 Kath camping in the 80s with her Dad

So why am I disturbed by any of this? Well, over the last 15 years, both my parents and brother have migrated back to England to settle, once again, within 50 to 100 kilometres of generations and generations of ancestors. Will I be next? Is there some irresistible genetic pull that will see me retreating to green rolling pastures and thatched cottages?

It’s safe to say that it’s only been in the last 50 years or so that vehicles have become sufficiently affordable, and capable, that we can shape our leisure and recreational opportunities around them. So far as the caravan-camper sector is concerned, the expansion of the family road-trip began in earnest during the economic upturn of the 1960s. Today, reports indicate that the Australian caravan industry is worth around $19 billion.

For coastal adventurers, our highways have improved out-of-sight in just the last 20 years, opening up huge tracts of hinterland and beaches for our collective enjoyment. And the vast interior is no longer the sole preserve of professional remote area operators. When our family took to the tracks in the late 70s in an FJ40 Shorty, we could travel days without seeing another vehicle – and those that we did see were rarely occupied by tourists. The situation is so different today.

Capable, reasonably priced and comfortable 4WDs flood the market, supported by a burgeoning industry in aftermarket accessories. Modern communications technologies (eg. CB radios, Satphones and PLBs), that enable us to get assistance in remote Australia if things don’t go according to plan, are increasingly affordable. And there are now many 4WD tour operators who promise an added level of mechanical, safety (and moral) support to those who want it.

The bottom line is that long distance overland travel is more accessible than ever before. When looked at this way, I don’t think there’s any risk that I’ll return to the small towns of my forebears. Instead, I’ll take pride in being at the vanguard of a generation of travellers, Australians, ex-pats and tourists, who are fortunate enough to have horizons that expand beyond the confines of local villages, valleys and counties.

Who’d have thought I’d be bucking a trend built on over half a millennium of family history?